Back to How To

When you don't select Deeptrace rulesets, CodeTrack will still provide a timeline in the output. The difference is that this is a virtual timeline. It is constructed based on the sampled stacks.
You can recognize the virtual timeline by the orange color scheme and by the warning in the top right corner. It is important to know that a timeline is virtual because it has a few consequences you need to take in account when analyzing your data. 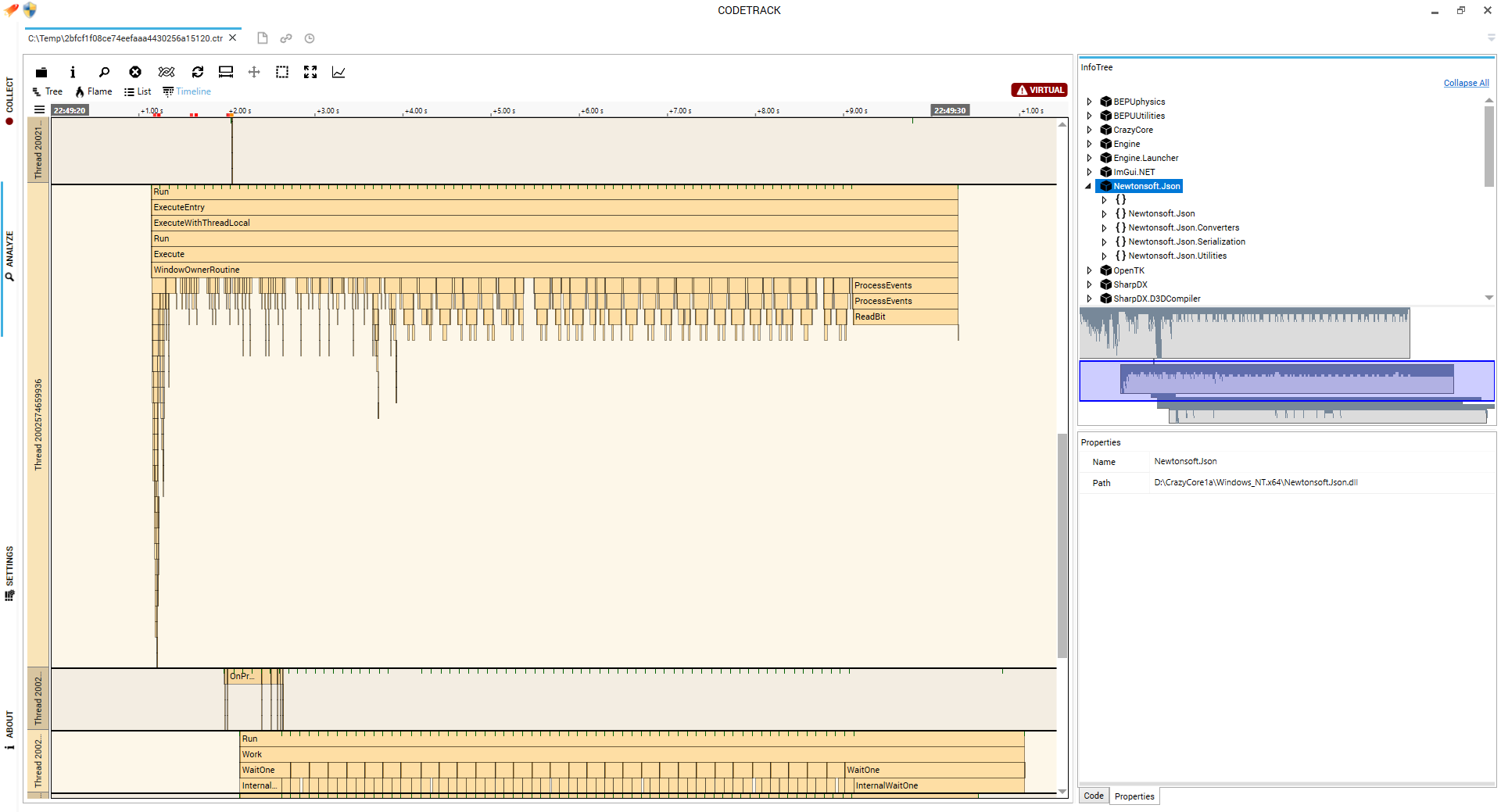 There is a slight but important difference between tracing and sampling mode, so I'll explain them seperately.

If the virtual timeline is not exact, then why is it provided anyway?
First of all, it gives you an idea of what is going on during the lifetime of your application. Next to giving you information about the total performance of your method calls, you can now also get a rough idea about the chronological order and also see if at particular moments in time methods tend to take longer.
Another, more important, reason is that this virtual timeline facilitates the rescope feature (more info here). Based on the virtual timeline you can specify ranges to rescope all the other views, so you can for instance compare 2 separate moments in time.